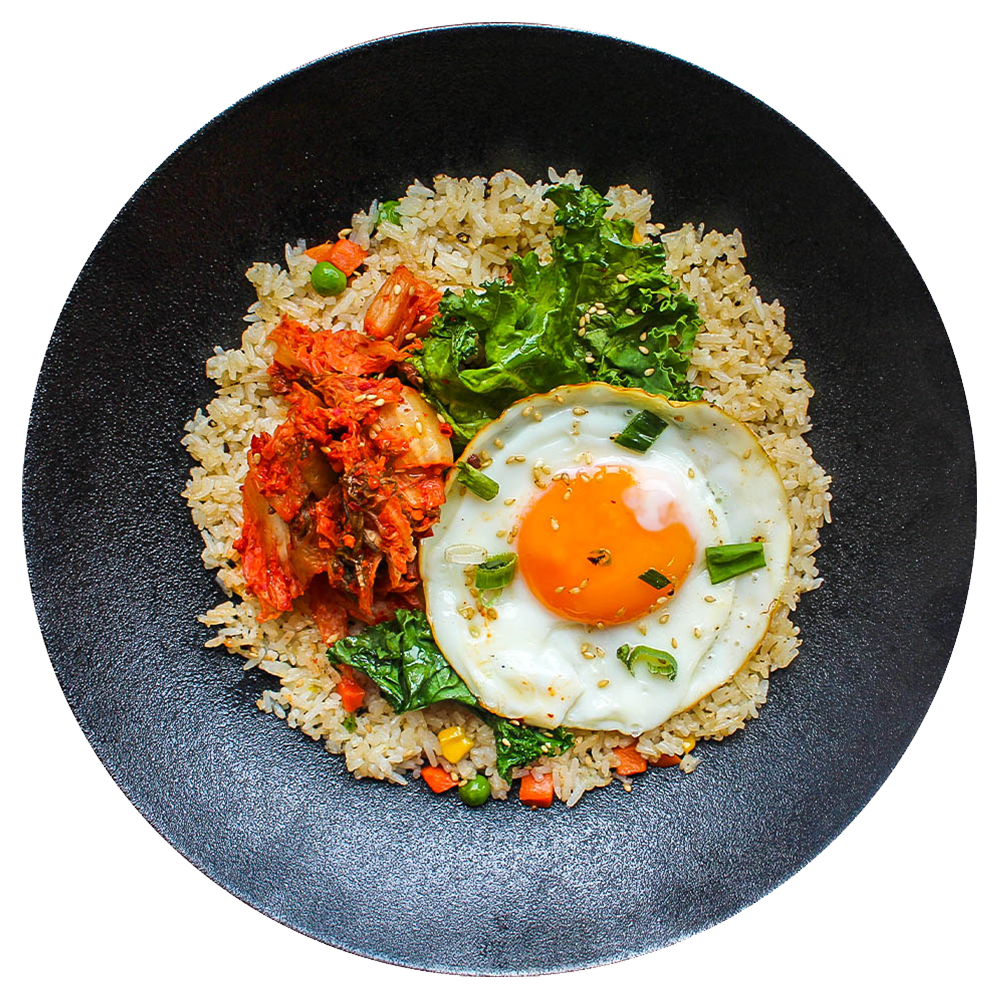 Kimchi, a staple of Korean cuisine, is a traditional dish of salted and fermented vegetables such as cabbage or radish, and made with a variety of seasonings including spring onions, garlic and ginger. Massively popular in both North and South Korea, kimchi has also made its way to space. Before Soyuz TMA-12 launched into space in 2008 with the first ever Korean to fly in space, Yi So-yeon, three top Korean government research institutes spent millions of dollars and several years perfecting a version of kimchi that would not turn dangerous when exposed to cosmic rays or other forms of radiation found in space for So-yeon to enjoy. However, you don’t need to travel to space to enjoy our Kimchi Egg!